5 Things to Figure Out if You Are Single 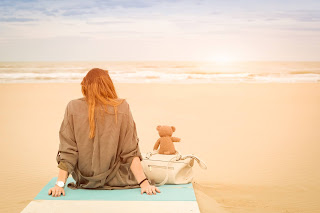 I read a book awhile back, called The Compound Effect by Darren Hardy. It's a great book and I highly recommend it. One of my takeaways from that book was something he said about relationships. He mentioned there was a time in his life where he was single, and he really wanted to find the right person. He knew what he wanted, but he didn't know EXACTLY what he wanted. So he decided to write it all down. He decided to write everything down about her down to how exactly she would look. Then he asked himself something along the lines of “Now who do I have to become to attract this kind of woman?”

The reason I bring up this part of his book, is that a lot of times people date to find “the perfect mate,” but they don't even know what that really is for them. They have some idea, but when they come face to face with someone they want to date, it then gets tricky. They may allow things they may not have thought they'd ever allow because there is this sort of gray area in their mind about what is acceptable and what's not. ESPECIALLY where love is concerned. When a person falls in love, they are likely to be willing to deal with and bare the burden of a lot because they love the other person. To some extent, love is about baring each others burdens, but when it comes to dating someone who is just all wrong for you, well, that's where it can turn to pain.

Below are 5 things you should ask yourself if you're single right now:

Asking yourself these questions, helps enable you to figure out what it is you're looking for. You want to know if the person you're dating meets your standard. And that may be easy for some. Some know exactly what they are looking for, and what they don't want. However, if you are someone who has found yourself sort of wandering around in the dating world, if you have found yourself in a relationship or relationships that didn't go that well because you were allowing some not so great things to happen, then answering the questions above is a must for you. I threw in the last question, because it's not just about the other person, but it's about you as well. We all need to figure out areas where we also need to improve. It's easy to point the finger at someone else as the one to blame, but we also have to look inward and see what we could be doing differently.

When you see something written down, it somehow becomes more real. It solidifies in our minds what may have been previously rolling around without coming into full focus. I highly recommend writing it down.

What are your “never allows?” Maybe you aren't willing to be with someone who smokes ever again. Maybe you aren't willing to be with someone who speaks disrespectfully to you (amen to that!), or who drinks alcohol. I know some of these questions may sound arbitrary. “Of course I know what I want and what I don't want.” But the weird thing is, that when you meet a person in real life, it's hard to look at the facts. We want to look at the person as a whole, maybe he's charming, funny, and smart. And that's all well and good, but if your never allow list says no drinking, and he's a drinker-this is only going to cause pain and heartache down the road. So write it down to solidify it in your mind. Then stick to your own word, and don't give in to being with someone who is “great” but really doesn't have the qualities you need in a mate.


Check out my coaching services on my website:
https://townecoaching.com/services

September 22, 2019
It's been on my mind lately to talk about red flags.  We all know about them, we've all heard of them, but do we really know what they are?  Some of us, without a doubt, can see one, and know for certain they've hit a red flag.  And for some, it's a dead stop in a relationship or situation.  While others, will recognize it as a red flag, but proceed forward anyway.  Still others, will not even know they've come across a red flag.  Now, red flags can be deceiving, and what one might think is, another would not.  I thought it would be helpful to call some out here, and some what I'll call "pink" flags which means not necessarily a "terrible" sign, but something to be cautious about. Red Flags: Does not ever see any person from their family Does not pay child support for their kids Pushes, hits, kicks or in any way physically abuses you Goes for several days without contacting you back, without reason You catch him/her in a flat out lie
Post a Comment
Read more

August 29, 2020
Recently, I have gotten back on the wagon of health. I have spent a lot of my life highly addicted to sugar, and in the not so distant past, found myself 20 lbs overweight. I had never felt so tired, and so sluggish in my life. Currently, I am working out at least 5 days/week, and am eating a much healthier diet. I know what they say about diets: it can't just be a diet, it has to be a lifestyle change. That's absolutely true. Diets come and go, but changing the way you think, changing the way you accomplish your goals, is what is truly going to change your life forever. Below, I wrote about the 5 things you must have to stick to your diet and exercise: Have a big enough why This is really important. Your why, is the underlying reason you are doing any of this in the first place. Do you want to look and feel better? Do you want to be able to wear your favorite dress again, or have more energy? You have to have a reason WHY you're doing it all (in any
Post a Comment
Read more

A Letter to Narcissists

December 21, 2020
Dear Narcissists, I'm writing this letter, to give you a little insight into your life and relationships. What makes me the authority on narcissism? I'm not, but like many others I have had a lot of interactions with narcissists over the years. It began as a confusion on my part. A, not knowing my own worth, and allowing myself to be victimized by narcissists. It then turned into a little bit of knowledge about what a narcissist is, and then it turned into more knowledge about the disorder. At first I was angry about it. I hated it. But the more I learn, the more I feel sorry for narcissists. If you're finding that all of your relationships aren't working out, that nobody can seem to get along with you, people leave you all your life, and they blame you. If you feel like you are unlovable, and you are afraid of being left-and then, that's exactly what happens-you might have some narcissistic tendencies. Sometimes when people think of a narcissist,
Post a Comment
Read more